The Francis Effect: Guiding Us to Bright Years Ahead!

Published by VizMonastery on September 25, 2015 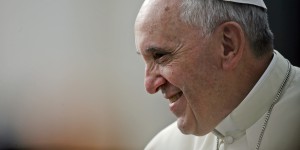 “The Francis Effect presents Pope Francis as an inspiring child of God, ready to guide us from the dark years behind us to bright years ahead.”

As a relatively young student with a Catholic school education, I can tell you about the state of the Church today and about the state of the Church 500 years ago, but I would be hard-pressed to tell you about its state 10 years ago. We didn’t study Pope John Paul II or Pope Benedict XVI in our history books, so the little I knew came from the scandals reported in secular newspapers. I knew very little about the context in which Pope Francis first came to lead our world.

The Francis Effect, shown in our “Movies with Jane” series at St. Jane House, was an enlightening experience about just how profoundly Pope Francis is transforming the papacy. I got to learn about Pope Benedict XVI, about why he retired, and about how the pope no one expected to be elected came out of the conclave to the people in St. Peter’s Square and, kicking off his radical departure from tradition, bowed to them for their blessing on him. I learned how he communicated with the media and with the world far beyond what his predecessors had, not only in quantity but also in quality: he said things that no one had said before. Now I understand what he is doing and why it is so shocking.

Others who watching the movie with me—Sister Karen, Sister Mary Margaret, Brian Mogren, and Aimiee Fritsch—were much more deeply acquainted with Pope Francis than I was, and from them I heard murmurs of appreciation and tears. To them, the documentary was a testimony to a trusted shepherd. 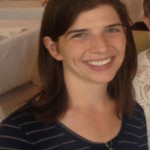 The Francis Effect presents Pope Francis as an inspiring child of God, ready to guide us from the dark years behind us to bright years ahead.

Anna is a Visitation Companion and is currently studying Civil Engineering at the University of Minnesota.