Our Friends: The Ochoa Family 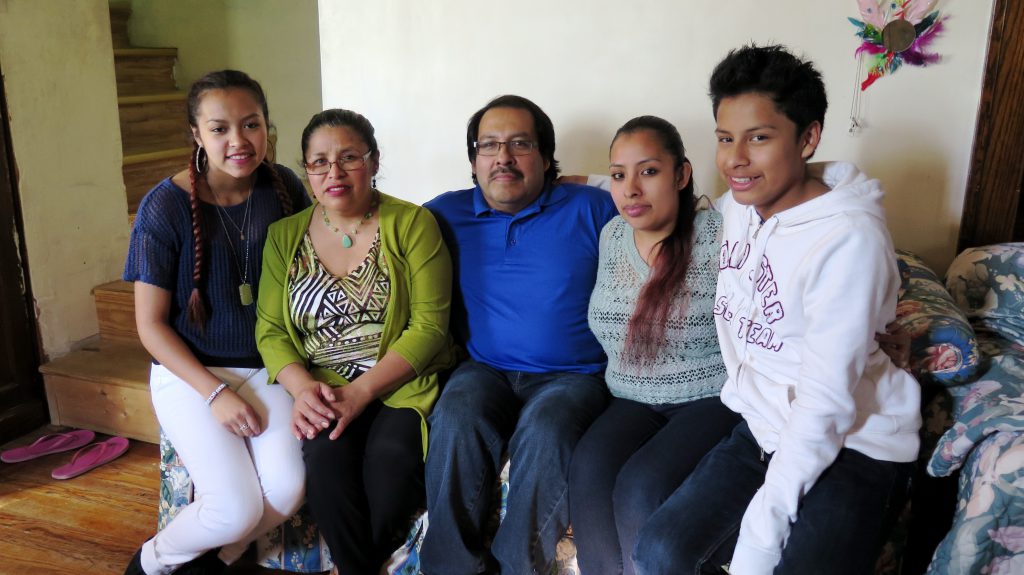 When Maria and Pedro Ochoa came to Minneapolis in September, 1994 – having fled the turmoil, unrest and violence in their native Guatemala – they were seeking a better life for themselves and their family.

Since then, they’ve learned English, found a job, got an education, secured a driver’s license, bought a house and, oh yes, raised four children. One of them has a bachelor’s degree from St. Catherine’s, one is enrolled at the University of Minnesota and two are attending Benilde-St. Margaret’s High School, with plans to go to college.

“The Ochoa’s are people of integrity and goodness and faith. They are bringing up their children with values. They are the kind of people we want in the United States.” –S. Mary Virginia speaking to the Ochoa immigration attorney

That’s not bad for a family the U.S. government was seeking to deport in 2007 (Pedro, Maria and the oldest daughter, Marilyn). Not only did they not get deported, they became U.S. citizens, thanks to their dogged persistence and perseverance and a little help from the Visitation Sisters.

The family first met the Sisters at Ascension Church in 2003 and they sponsored the Ochoa girls to the Catholic Youth Camp on Big Sandy Lake near McGregor, MN.   Marilyn recalls they had a fine time and tried to repay the Sisters by doing chores around their house. 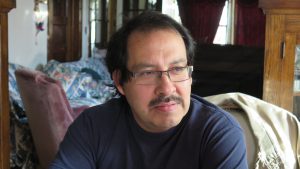 Pedro Sr. works for a medical company, Mar Cor, that makes filtration and purification systems, some of which are used in portable dialysis machines. For Pedro, this is the job he’s wanted after years of working for firms where he waxed floors, cleaned buildings and catered meals.

“I like the company,” he says, “because when you’re in the medical field there’s always business and customers. And you are helping sick people. I’ve been to a clinic to see those we are helping with our dialysis machines. I always try to do my best.”

Doing his best didn’t stop U.S. immigration authorities from starting deportation proceedings, contending the Ochoa’s no longer needed asylum in the U.S. and had no green cards.

The family hired a lawyer to make their case: They were working, paying taxes, obeying the laws, raising good children, being helpful neighbors and honoring their new country. The lawyer cost money and so would someone to translate Spanish documents into English and vice versa. Enter Sister Mary Virginia Schmidt.

“She speaks and understands Spanish really good,” Ochoa says. “When we were threatened with deportation, she was right there by our side. All our documents had to be translated and that would have cost us a fortune. Sister Mary Virginia did that for nothing.”

She says the pleasure was hers.

“Their lawyer asked me why I was doing this,” says Schmidt. “I replied that the Ochoa’s are people of integrity and goodness and faith. They are bringing up their children with values. They are the kind of people we want in the United States.

“When they (authorities) dropped the deportation orders, Pedro and Maria took me to lunch and we celebrated. The day they became U.S. citizens, I wasn’t there. But we (the Sisters) celebrated with them later.” 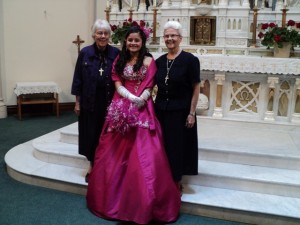 Sr. Mary Virginia and Sr. Katherine on the day of Sylvia Ochoa’s quiñcinera

Schmidt says the family continues to be involved with the monastery. “Whatever the event, they are here. They help us in our monastery and show up for everything, including the Halloween costume giveaway.”

The Ochoa’s have lived on the Northside for 15years, well aware of the crime that sometimes plagues the neighborhood (Pedro’s car windshield has been smashed a half-dozen times). But they have no plans to leave.

“The transportation is good (bus). We have some fine neighbors,” says Ochoa. “And we’re following the advice we got from the Sisters: It doesn’t matter where you live. It’s how you live that matters.”

His family is the living proof. 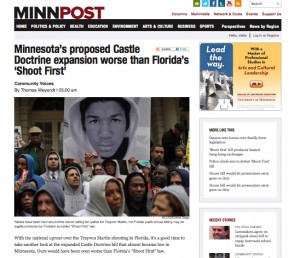 “Who are the poor and vulnerable among us?”

Everywhere I turn these waning days of Lent, I’m being confronted with some kind of justice issue. My heart pounds, blood boils, and I pray to God, “How would you like me to respond?” Here are a few of the situations informing my Lenten journey and my walk with Christ, contemplating justice and Catholic social teaching:

….Proposed gun legislation in Minnesota intersects with national news and headlines about the shooting of Trayvon Martin. I think of my four former students who were all murdered in north Minneapolis, the “From Death to Life” mothers that meet at St. Jane House, who are all grieving the loss of a child to gun violence; and I recognize that it is their  stories, these relationships, that inform my own heart on this matter.

…Yesterday, I got a call about the proposed marriage amendment in this state, and I prayed.

…Tales over last night’s dinner and today’s lunch surface issues on immigrant labor and larger questions around just wage and employment practices. And I pray.

…I nurture seeds that will become plants in my garden this summer and shop for groceries down the street at our  local co-op, and I think about what fresh produce other families have access to, and what informs our collective health, well-being and market economies where food is concerned. I pray.

One of the seven themes of Catholic Social Teaching is the “Option for the Poor and Vulnerable.” It reads:

A basic moral test is how our most vulnerable members are faring. In a society marred by deepening divisions between rich and poor, our traditions recalls the story of the Last Judgement (Mt. 25: 31-46) and instructs us to put the needs of the poor and vulnerable first.

The question for me is always, “Who are the poor and vulnerable among us?” I turn to Matthew’s gospel, and glean the following responses:  The hungry, thirsty, naked, the sick, imprisoned, the stranger. I imagine children and the elderly in Christ’s litany, and think of all on the margins of society. I think of the circumstances of Trayvon Martin’s visit to the gated Florida community where he was shot as a suspicious person by George Zimmerman; certainly Matthew’s gospel and Christ’s message is for these two men and ultimately calls for our compassion, prayers and action as Catholics. “I was a stranger and you welcomed me.”

What justice issues are you grappling with this Lent? What parts of Catholic Social Teaching inform your prayers and discerned action?

Please join me in prayer as we head into Holy Week, and recognize our suffering in Christ’s, putting into his hands these issues and circumstances that beg for His love, mercy, and the miracle and mystery of his resurrection.