Published by Anna Dourgarian on September 24, 2019 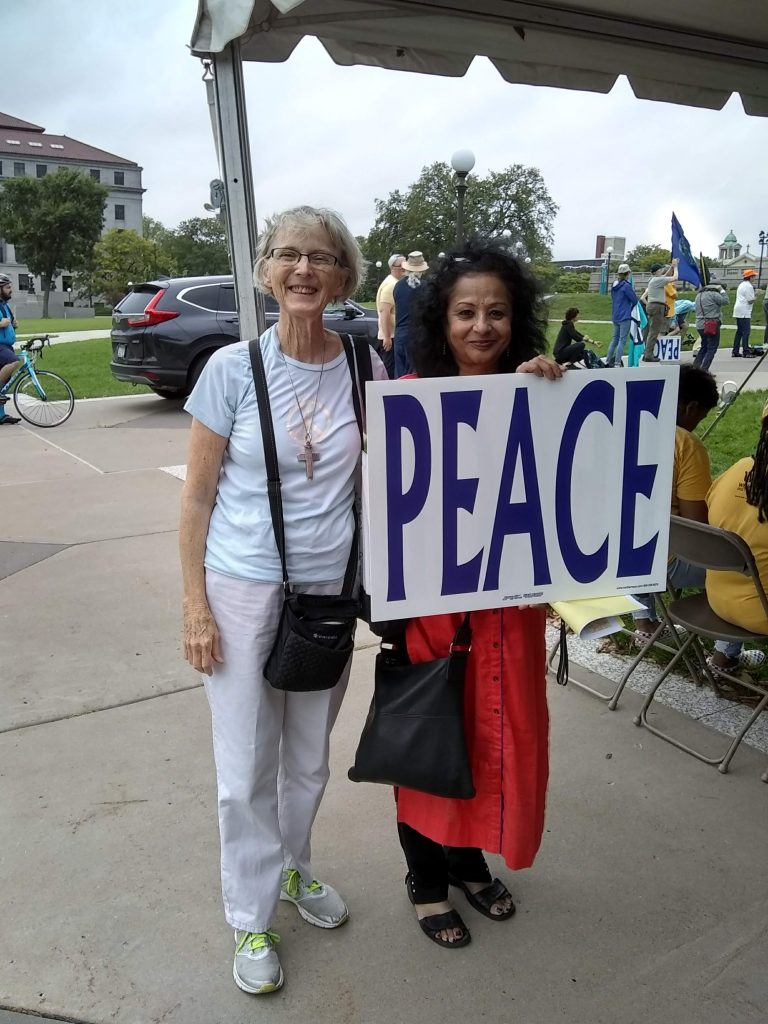 On September 21, while the rest of my community was in retreat, I had the opportunity to participate in the WALK FOR PLANET PEACE, a march sponsored by the Twin Cities Nonviolent Committee as part of the 2nd Annual “10 Days Free From Violence.” The walk began at the steps of the St. Paul Cathedral and ended at the steps of the Capitol where speakers and representatives from various faith traditions shared prayers and readings on peace.

I carried a large PEACE sign of the kind that sits in front of each of our two houses. A woman of Indian descent inquired where she might get such a sign, and since we have as many as we need, I gave mine to her. That simple gesture reinforced a bond of peace with Preeti, and it seemed to me to be in keeping with a major goal of this march: to honor Gandhi’s vision of peace on his 150th birthday (which will be October 2).

I was not aware of Gandhi’s birth date until this year, so I was especially moved by the realization that October 2, the day of our missioning to north Minneapolis, coincides with the birth of this great prophet of peace! It is also the Feast of the Guardian Angels. So, on this doubly special day we were missioned “to show gentleness and offer peacefulness to the community, if only for a moment.”

30 years later, as we celebrate God’s providential care of us in this neighborhood that is “home” to us, I pray that Gandhi’s spirit under the protection of the Guardian Angels will move us to keep sharing the peace that Jesus lived.