How to Be Who You Are: Insight from Visitation Seniors in North Minneapolis

Published by Anna Dourgarian on June 6, 2019

We have all heard the oft-quoted “Be who you are and be that well” by Saint Francis de Sales. We love it for its simple affirmation. However, if you have ever tried to explore his words beyond that warm-fuzzy feeling, you might have hit a wall: How do you know who you are so that you can be it well?

Six seniors from Visitation High School spent the past two weeks living in North Minneapolis and volunteering with the Sisters for their senior project, and they discovered the key to Saint Francis’s wisdom. They found it by hanging out with the Sisters and watching them interact with their neighbors. They noticed and enjoyed the Sisters acting simply like themselves, naturally and joyfully, and they witnessed with awe the reverberating effect it had on their environment. 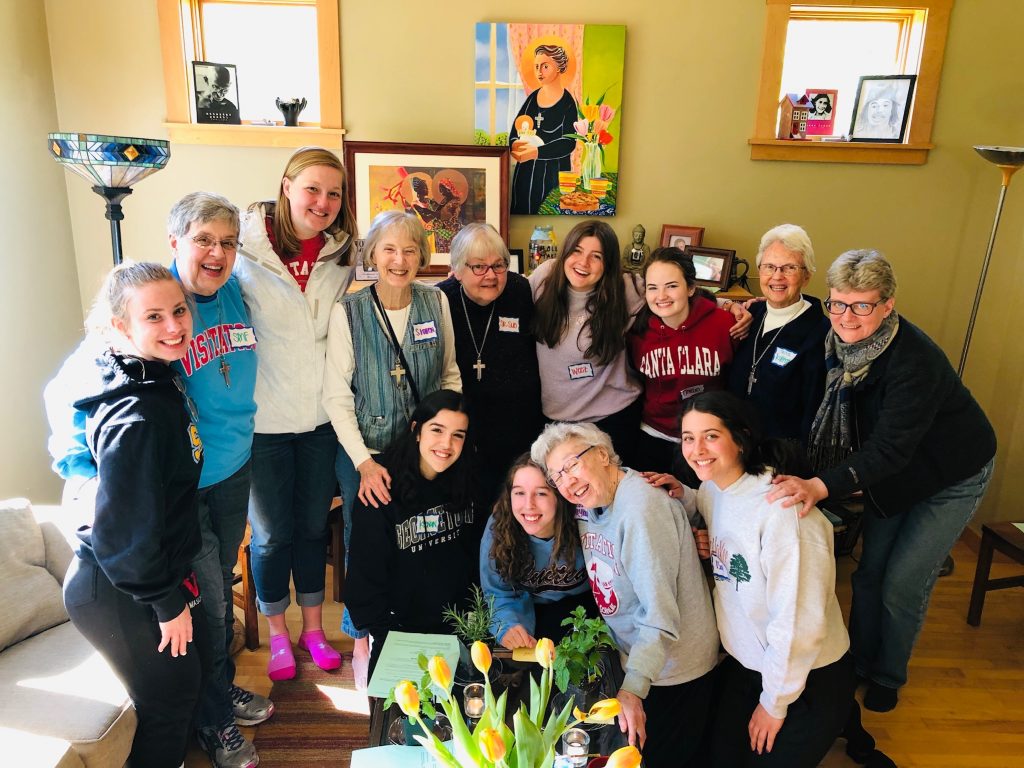 The first thing they noticed was that the Sisters are not a group of holier-than-thou saints working miracles. It is easy to put nuns on a pedestal, but in reality they are regular people who do amazing things. “They love a joke, and we are teaching them our slang,” said Ana Seitz. She was especially impressed when Sister Suzanne told her about protesting in the 1970’s and getting dragged out of the Pentagon by police officers—not particularly saintly! Ana realized that the Sisters are normal, everyday friends, and she felt at ease to be herself around them.

The students noticed further that the Sisters treated everyone with that same attention and sincerity. Louise Koenig saw it while they were gardening: “The Sisters are welcoming and open to people. People would just come up and talk to them.” Isa Baca noticed it even during inconvenient times like prayer, when the doorbell would ring and a Sister would tend quietly and lovingly to their visitor while the other Sisters continued singing. The Sisters built individual connections all the time, valuing and welcoming each person. 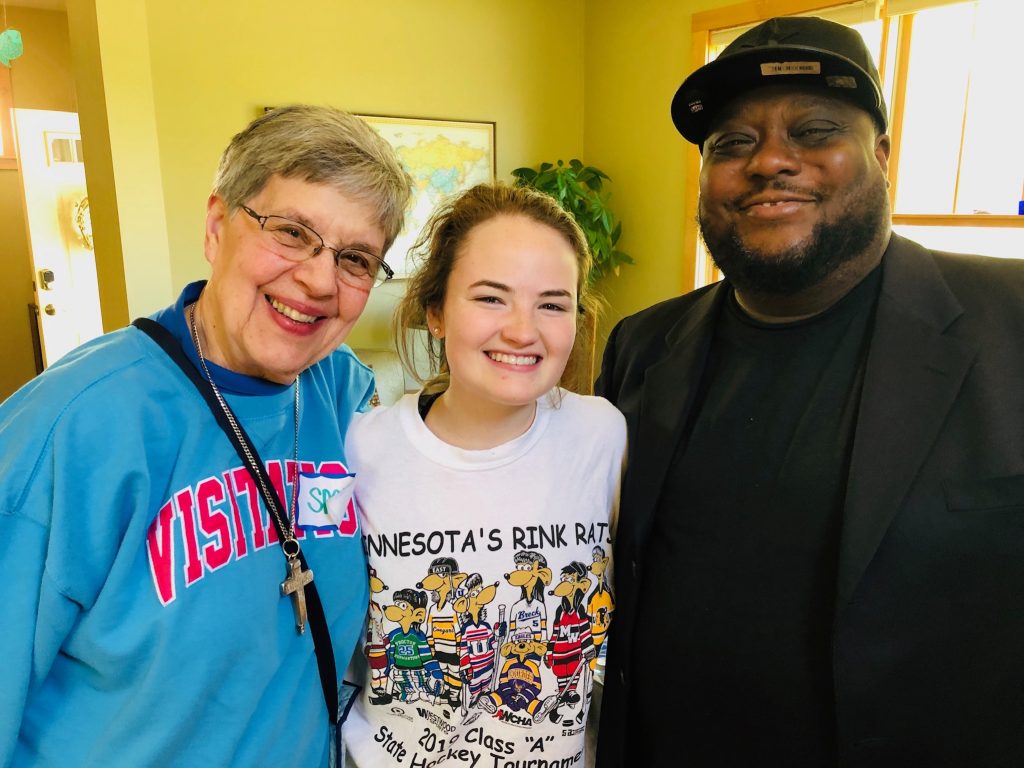 The students realized that this simple dynamic of putting people at ease has the powerful effect of building community. Bella Mascia was struck by how the Sisters’ nonjudgmental reception of everyone they met had built a positive environment where diverse people could come together. Callie O’Neill, great-niece to Sister Katherine, had grown up visiting the Sisters periodically, but it was when she saw them fulfilling their motto “Live + Jesus” every single day of the senior project that she truly appreciated the importance of stepping out of her personal bubble and seeking to understand other people. By talking together comfortably, friends of the Sisters became friends of the students. The students were inspired by people they would never have met without the Sisters. As Keenan Conley put it, “I learned the power of human stories as a catalyst for change. Genuine human interaction can change the world.”

How do you know who you are? From the Visitation seniors’ experience, we can begin to form an idea. You nurture a welcoming community where you tell your story and you give others space to tell theirs. All that matters is that you are willing to share where you have been, to connect human-to-human with others who have been places too. This is what the Sisters teach us. Be natural. Be gracious. Be who you are and be that well.