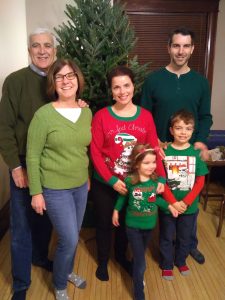 It’s not likely that Jim Lee will be forgotten by the Visitation Sisters in the life of their Minneapolis monastery, not as long as they celebrate Christmas. Lee and his family have been part of their Christmas tradition for 20 years, and his men’s Cursillo prayer group have been part of the Sisters’ prayer life for even longer.

The group, which meets weekly, joins the Sisters for Tuesday morning prayer once a month. “These men became our brothers,” says Sister Karen Mohan. “We prayed with them through their job losses, their illnesses, and their job situations, and they readily looked for opportunities to serve us and our neighbors.”

It was serving a neighbor that got Lee and his prayer group involved with Visitation. They had contacted the Sisters and asked what they could do to help.

“Sister Karen knew of a family that needed a washer and dryer,” Lee says. “We bought a used unit and installed it for the family. With the few dollars left over, I went out and bought Christmas trees for the neighbors.”

The simple act of delivering the trees impressed upon Lee how great the needs were among the Northside neighbors, and he wanted his children to learn the same lesson. So Jim Lee started the family tradition of buying the Visitation Christmas tree. As the Lee family grew, the tree-picking expedition went from morning to afternoon to accommodate the different work and child-care schedules. Lee’s wife, Diana, would also bring “too many” Subway sandwiches that got distributed around the neighborhood.

Lee particularly remembers one Christmas when his two teenage boys were anxious to hang out with their friends. As they left the Sisters’ house, they met a woman coming up the steps carrying presents. They started talking. She told the boys she worked at the Masonic Children’s Hospital and that many of its patients were from South America, kids who had lost arms and legs. One of them, she explained, had no one to care for him back home, so she had adopted him.

“I believe this is the day my boys started to understand and ‘get it,’” Lee says. “The tradition continues today and is being handed down to my grandchildren.”

The relationship between Lee and the Sisters goes much deeper and beyond the Christmas season and Subway sandwiches. It’s all about spiritual sustenance from years of prayerful mornings in North Minneapolis. When the Cursillo men – as many as seven or eight – met, the meetings tended to focus on “areas”: prayer life, formation or evangelization, putting faith into practice. The feeling was different when they met with the Sisters.

“Prayer with the nuns,” Lee says, “was more spiritual and personal. We would discuss what was happening on the Northside and in each of our lives. This was a great opportunity to grow outside our normal boundaries and develop a greater closeness to Christ.”

For Jim Lee, perhaps the greatest gift from his association with the Visitation Sisters came from the mouth of his then-6-year-old grandson. The boy told his mother that if the family didn’t buy a Christmas tree for the nuns, then a lot of children on the Northside, who could not afford it, would not get to see a real tree.

“Now,” says Lee, “the nuns are part of our children’s lives. I know they hold a special place for them in their hearts. Who would’ve thought a Christmas tree would lead to such a great experience?” 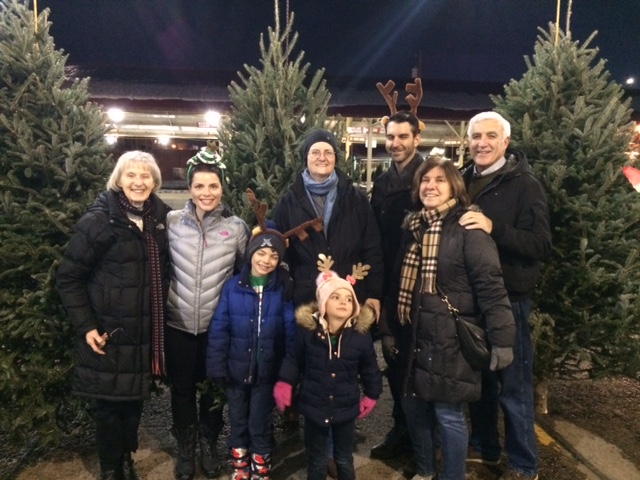 * Dave Nimmer, journalist for the Minnesota Good Age magazine, is a frequent contributor to the Visitation blog, especially in his series of profiles of Visitation Companions and North Side neighbors. We hope you enjoy these stories of the blessed community that surrounds the monastery and sustains us in our ministry of mutuality.
LIVE + JESUS!
Categories: Uncategorized
Tags: Dave NimmerProfile