It is 1962 and I am on Robben’s Island in a 10’x7′ cell. It’s the thirteenth century A.D. and I’m on a battle field south of Scotland wielding a sharp weapon. It’s 1605, and I am seated at a desk in Savoy overlooking a body of water, pen in hand. It’s 1776, and I’m convened with other delegates for the Second Continental Congress in Philadelphia.

It’s been a busy morning in my imagination and prayer this Fourth of July as I contemplate notions of freedom and liberty. I’ve been reading all about the life of former South African president  Nelson Mandela; gone to images of Scotland’s legendary freedom-fighter William Wallace, aka “Braveheart”; mulled over  Salesian Scholars’ writing on the letters of Visitation co-founder, St. Francis de Sales; and imagined the scene of the adoption of the Declaration of Independence.

Busy morning I tell you.

“For to be free is not merely to cast off one’s chains, but to live in a way that respects and enhances the freedom of others.” ― Nelson Mandela

In each case, my research and reading* informs my prayer and inspires my questions: What does it mean to be truly “free”? With freedom, what are my responsibilities? How do faith and liberty inform one another and move me to act or live in a certain way as a citizen and simultaneous religious person?

These clearly are not new questions for any person to contemplate. (Thank you Founding Fathers.)

What is new, however, is the time in which we mull over notions of liberty and spirit.  As former President Mandela lies in a hospital bed in Pretoria, South Africa, recovering — or nearing his end — his life’s journey speaks volumes to me.

Imprisoned for his political activity to fight to end apartheid, Mandela’s witness as a leader and revolutionary are simultaneously prophetic. His radical actions, after a thirty year imprisonment, to bring about the Truth and Reconciliation hearings, were rooted in a faith tradition that acknowledged both hurting sides of the apartheid rule. Mandela knew that for a nation to move forward together, freely, they would need to grieve together and forgive the wrong doing enacted by an oppressive regime, that kept either side imprisoned.

Reflecting on his life,  in juxtaposition with this day’s United States national holiday, I am moved considering the healing and forgiveness any nation requires as it strives to grow and be a place of freedom and equality for all. 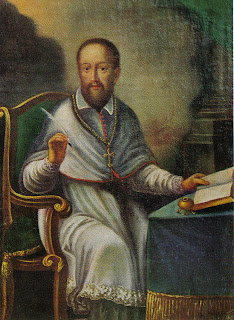 Where do you seek sage counsel?

This past week the United States’ Supreme Court made a decision that impacts women and men across this nation who have felt called to marry another person of the same gender. In Congress this past seven days, elected officials have been considering the way immigrants are treated when they have crossed the border and desired to stay.

So much is at hand in our current circumstances that begs attention, reflection and prayer. This is why I turn to our history, to freedom fighters from here and abroad, and seek sage counsel in the spiritual leaders at the helm of the Visitation Order.

Where do you go for guidance? What do your contemplative questions give rise to in your own prayer and actions? How are you celebrating your faith and freedoms this day?

Long Walk to Freedom: The Autobiography of Nelson Mandela